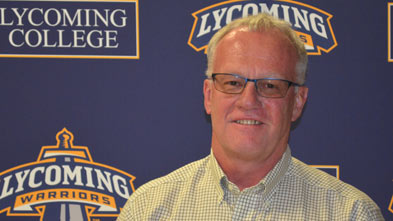 Devoted Warrior Frank Kindler ’77 initially chose Lycoming because he was recruited for Coach Frank Girardi’s team. He wanted to play football. “I was also attracted to Lycoming’s small size, and I could study business administration and economics with the intent of working for my family’s business,” he explained. “I was the first in my family to go to college. I didn’t know what liberal arts was, but Lycoming suited my needs perfectly.”

Kindler believes Lycoming College has always offered a tight-knit, nurturing community that breeds personal growth, professional success and lifelong friendships, and he encourages students and alumni alike to be an active part of it. He credits his fraternity as the glue that solidified his bond with Lycoming, helping him to form friendships that remain strong to this day.

And Kindler does all he can to give back to the communities that helped him. He has confidence that by helping others better themselves, everyone benefits. “In the long run, you know they’re going to grow and give back to their state and country,” he said. But Kindler doesn’t stop with his alma mater, extending his generosity beyond Lycoming to charities, such as the Alzheimer’s Association.

He has pride and faith in Lycoming, noting that the College gets notoriety regionally, but Kindler wants the institution to be nationally-recognized — another reason he gives back. “I think very highly of our current president, Dr. Kent Trachte. He is a great visionary who is working toward putting Lycoming on the map. This school should be known as one of the best liberal arts schools in the country, and I believe it will be.”

While a student, Kindler was greatly influenced by his professors at Lycoming, particularly by Jack Hollenback, who saw potential in Kindler and encouraged him to take higher-level business classes as a sophomore. Kindler has decided to honor Hollenback by establishing an endowed scholarship in his name.

“I encourage people to give back to Lycoming as much as possible, and am constantly reminding my friends of the great things this school did for them. I’m very proud to be a Lycoming graduate,” he said.

“I’m a sports enthusiast, but there is life after sports, and my Lycoming education prepared me for that. I’ve been very fortunate.”