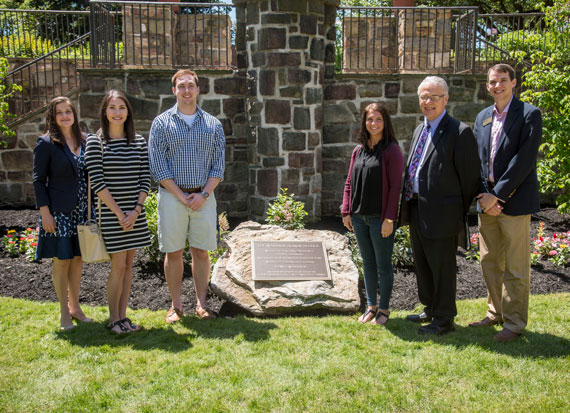 The Class of 2016 paid tribute to the enduring Warrior spirit of generations of Lycoming students through the installation of a plaque commemorating the Warrior Honor Pledge. Joined by members of the Class of 2016, the College dedicated the plaque at a ceremony on Saturday, June 2, during Alumni & Reunion Weekend 2017.

Inspired by other campus traditions, such as the campus bell and the Metzler Gate, the plaque creates a physical space devoted to conveying the class's commitment to academics, community and the pursuit of truth. It’s prominent positioning in the Flag Court marks the spot between the location of new student convocation on the upper quad, and commencement ceremonies on the lower Fultz Quadrangle, where new landscaping — also a gift from the Class of 2016 — will provide a vibrant backdrop.

The bronze plaque is mounted on a 1,000-pound rock that was picked locally from a nearby mountainside and proudly declares:

Planning for the class gift began in 2015 when the Lycoming College Student Senate formally adopted the pledge as an honor code, and it was included in the freshman convocation ceremony. The plaque commemorating the pledge serves as a reminder of the ideals a Lycoming community member aspires to uphold.

The class announced the gift at a January 2016 kick-off event, which coincided with a craft beer documentary movie screening. Over the course of the 2015-2016 academic year, a total of $12,181 had been raised, with more than 45 percent of the class having contributed, as well as a number of alumni, staff and faculty.

“This plaque will serve as a long-standing reminder of the commitment of the class of 2016,” said Brooke Adamski ’16, president of the class of 2016. “Its sentiment and message is one of honesty and integrity, and our hope is that these words of wisdom will help to guide the lives of future generations of Warriors.” 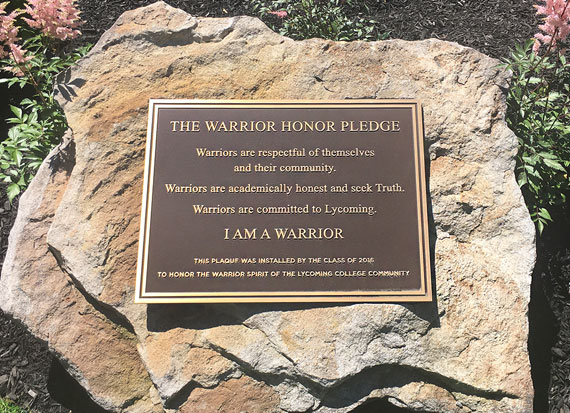 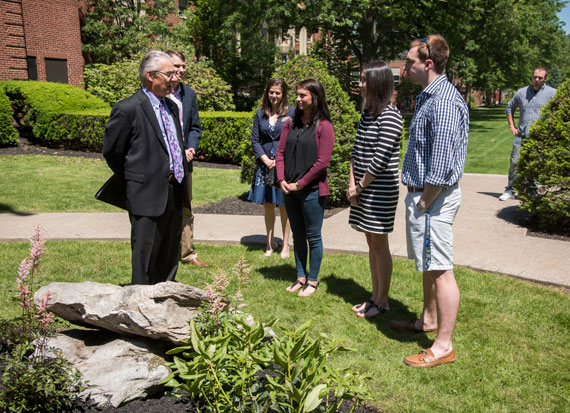